how to implement a pop up dialog box in iOS

After a calculation, I want to display a pop up or alert box conveying a message to the user. Does anyone know where I can find more information about this?

Yup, a UIAlertView is probably what you're looking for. Here's an example:

You might also want to look at the UIActionSheet.

Different people who come to this question mean different things by a popup box. I highly recommend reading the Temporary Views documentation. My answer is largely a summary of this and other related documentation.

Alert (show me an example)

Alerts display a title and an optional message. The user must acknowledge it (a one-button alert) or make a simple choice (a two-button alert) before going on. You create an alert with a UIAlertController.

It is worth quoting the documentation's warning and advice about creating unnecessary alerts.

Action Sheet (show me an example)

Action Sheets give the user a list of choices. They appear either at the bottom of the screen or in a popover depending on the size and orientation of the device. As with alerts, a UIAlertController is used to make an action sheet. Before iOS 8, UIActionSheet was used, but now the documentation says:

Modal View (show me an example) 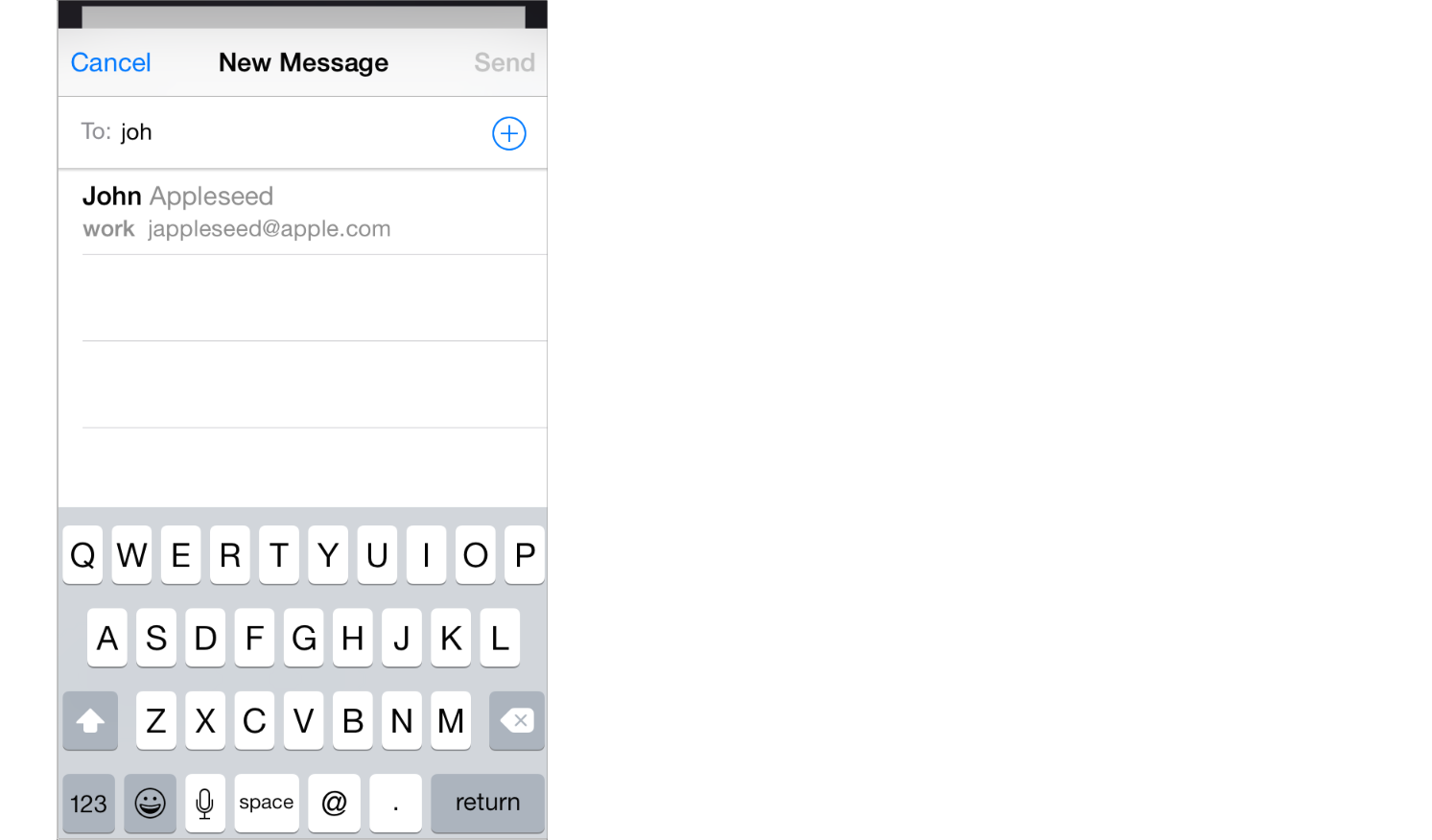 A modal view is a self-contained view that has everything it needs to complete a task. It may or may not take up the full screen. To create a modal view, use a UIPresentationController with one of the Modal Presentation Styles.

Popover (show me an example) 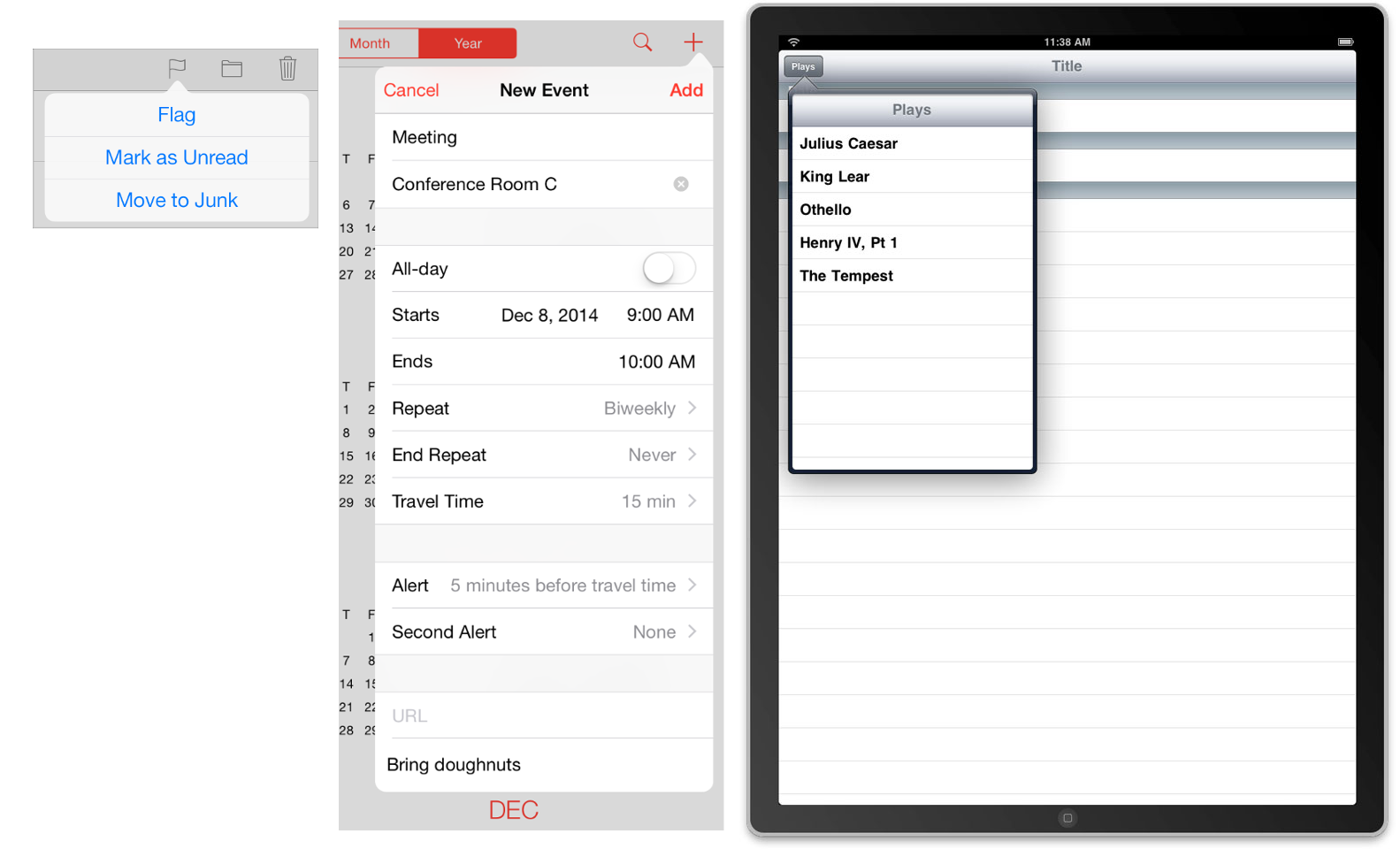 A Popover is a view that appears when a user taps on something and disappears when tapping off it. It has an arrow showing the control or location from where the tap was made. The content can be just about anything you can put in a View Controller. You make a popover with a UIPopoverPresentationController. (Before iOS 8, UIPopoverController was the recommended method.)

In the past popovers were only available on the iPad, but starting with iOS 8 you can also get them on an iPhone (see here, here, and here). 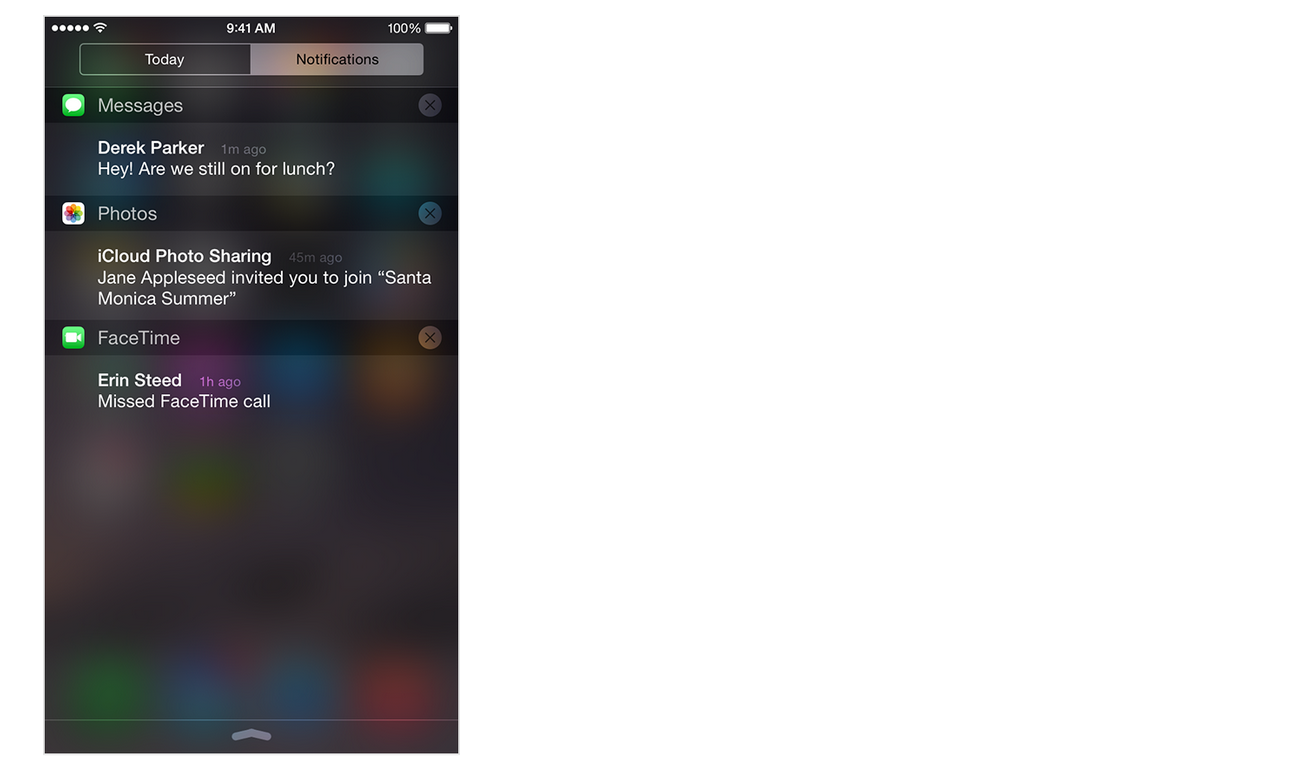 Notifications are sounds/vibrations, alerts/banners, or badges that notify the user of something even when the app is not running in the foreground.

A note about Android Toasts

In Android, a Toast is a short message that displays on the screen for a short amount of time and then disappears automatically without disrupting user interaction with the app.

People coming from an Android background want to know what the iOS version of a Toast is. Some examples of these questions can he found here, here, here, and here. The answer is that there is no equivalent to a Toast in iOS. Various workarounds that have been presented include:

However, my advice is to stick with the standard UI options that already come with iOS. Don't try to make your app look and behave exactly the same as the Android version. Think about how to repackage it so that it looks and feels like an iOS app.

Since the release of iOS 8, UIAlertView is now deprecated; UIAlertController is the replacement.

Here is a sample of how it looks in Swift:

As you can see, the API allows us to implement callbacks for both the action and when we are presenting the alert, which is quite handy!

Since iOS 8.0, you will need to use UIAlertController as the following:

Since UIAlertView is deprecated, there is the good way for display Alert on Swift 3

This is the swift version inspired by the checked response :

Add the delegate to your view controller :

When user click on button, this code will be executed :

Although I already wrote an overview of different kinds of popups, most people just need an Alert.

How to implement a popup dialog box 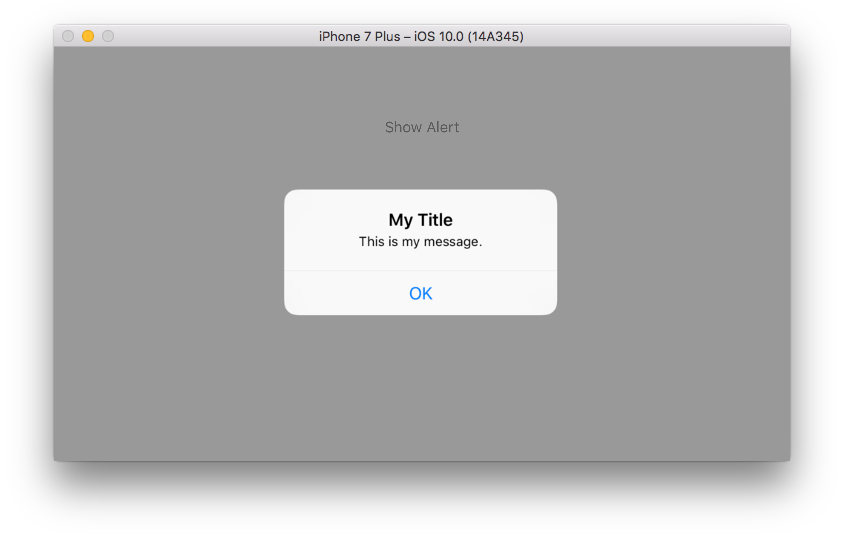 My fuller answer is here.

Here is C# version in Xamarin.iOS