I'm trying to choose a tool for creating UML diagrams of all flavours. Usability is a major criteria for me, but I'd still take more power with a steeper learning curve and be happy. Free (as in beer) would be nice, but I'd be willing to pay if the tool's worth it. What should I be using?

Some context: Recently for graduate school I researched UML tools for usability and UML comprehension in general for an independent project. I also model/architect for a living.

The previous posts have too many answers and not enough questions. A common misunderstanding is that UML is about creating diagrams. Sure, diagrams are important, but really you are creating a model. Here are the questions that should be answered as each vendor product/solution does some things better than others. Note: The listed answers are my view as the best even if other products support a given feature or need.

Detailed Examples: IBM Rational Software Architect did not implement UML 2.0 all the way when it comes to realizes type relationships when creating a UML profile, but Visual Paradigm and Sparx got it right.
Ok, that was way too detailed, so a simpler example would be ArgoUML, which has no code generation features and focuses on drawing more than the modeling aspect of UML.
Sparx and Visual Paradigm do UML really well and generate code well, however, hooking into project lifecycles and other process is where RSM/RSA is strong.
Watch out for closed or product specific code generation processes or frameworks as you could end up stuck with that product.

This is a straight brain dump so a couple details may not be perfect, however, this should provide a general map to the questions and solutions to looking into.

For sequence diagrams, only, try websequencediagrams.com. It's a freemium (free for the basic tasks, paid for advanced features) product, and lets you quickly bang out a diagram without any fussing around with lines and stencils. 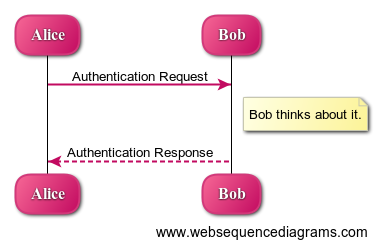 For me it's Enterprise Architect from Sparx Systems. A very rounded UML tool for a very reasonable price.

I would also stay away from Visio - you only get diagrams, not a model. Rename a class in one place in a UML modelling tool and you rename in all places. This is not the case in Visio!

For my simple & short UML working, I've used this tool:

Although the original Star UML is no longer maintained, there's now a fork called White Star UML, which is actively developed.

As I usually use UML more as a communication tool rather than a modeling tool I sometimes have the need to flex the language a bit, which makes the strict modeling tools quite unwieldy. Also, they tend to have a large overhead for the occasional drawing. This also means I don't give tools that handle round-trip modeling well any bonus points. With this in mind...

When using Visio, I tend to use these stencils for my UMLing needs (the built in kind of suck). It could be that I have grown used to it as it is the primary diagramming tool at my current assignment.

OmniGraffle also has some UML stencils built in and more are available at Graffletopia, but I wouldn't recommend that as a diagramming tool as it has too many quirks (quirks that are good for many things, but not UML). Free trial though, so by all means... :)

I've been trying out MagicDraw a bit, but while functional, I found the user interface distracting.

Otherwise i find the Topcased an interesting project (or group of projects). Last I used it it still had some bugs, but it worked, and seems to have evolved nicely since. Works great on any Eclipse-enabled platform. Free as in speech and beer :)

As for the diagramming tool Dia, it's quite ugly (interface and resulting drawings), but it does get the job done. An interesting modeling tool free alternative is Umbrello, but I haven't really used it much.

I definitely agree with mashi that whiteboards are great (together with a digital camera or cellphone).

Probably some of the nicest tools I've used belong to the Rational family of tools.

You may be looking for an automated tool that will automatically generate a lot of stuff for you. But here's a free, generally powerful diagramming tool useful not only for UML but for all kinds of diagramming tasks. It accepts as input and outputs to a wide variety of commonly used file formats. It's called yEd, and it's worth a look